"Wathey left this reviewer wanting more, but after all, a second book is in the works."

Good news! The new book that I have long promised my readers was published in October, 2022, by Prometheus Books. The hardcover edition will be published in Europe this month (December 2022), but the e-book should already be available there. I referred to this book only as "the sequel" in The Illusion of God's Presence and in the original text of this web page, but it now has a title: The Phantom God: What Neuroscience Reveals about the Compulsion to Believe. You can order it here. On this page you will find most of the description of it I wrote back in 2016 (with some minor updates), which I am leaving mainly for historical interest. The Phantom God has changed significantly from the manuscript I had back then, and for the better! 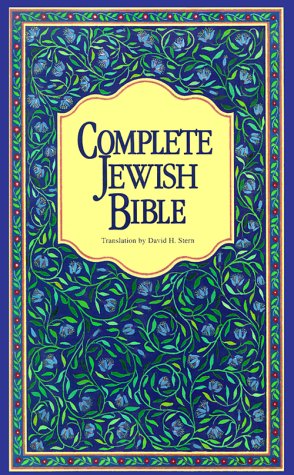 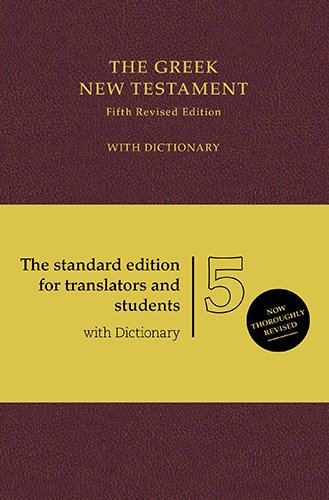 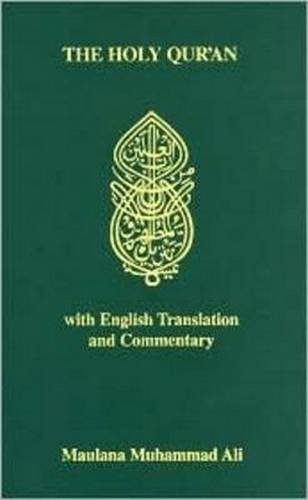 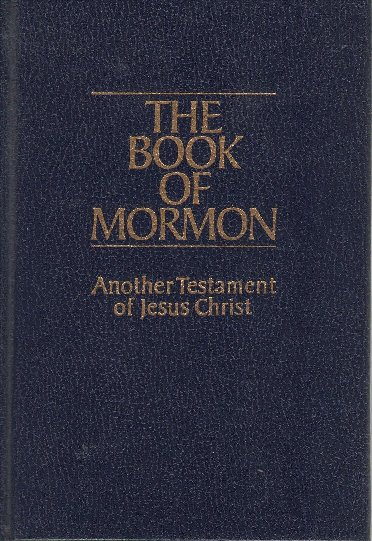 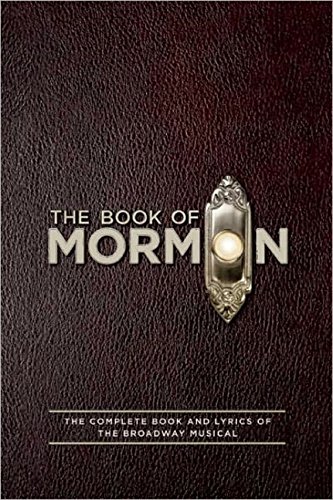 Good books tend to spawn sequels, and The Illusion of God’s Presence is no exception. I briefly mention the sequel in the preface and refer to it throughout the book, but here I explain how it came about and what it contains.

I never intended to write two books on this subject, but two books took shape as I was writing. They mirror the two distinct kinds of question biologists ask when they are trying to understand a behavior. From chapter 9 of The Illusion of God's Presence:

Biologists try to understand behavior by asking two kinds of question: “How does this behavior arise?” and “Why does this behavior arise?” If we want to understand bird song, for example, we can examine the bird’s windpipe to see how and where the vibration is produced. We can follow the nerves from that structure back to the brain, and trace the neural circuits that generate singing. If we raise chicks in isolation, we find that each sings a different and abnormal song as an adult, but that all of these “isolate” songs share a few syllables characteristic of their species’ normal song. This shows that there is an innate drive to sing and that a few syllables of the song are genetically specified in a crude way, but that most of the details of the normal song must be learned by listening to other birds sing. Experiments of this kind are concerned with how birds sing.

But if we examine the behavior in its natural context, we can also ask why birds sing. In some species we find that only males sing, that their singing coincides with the breeding season, and that it serves to establish territories and attract mates. Why questions are concerned with the evolution of the behavior and its role in the animal’s reproductive success.

Both kinds of question are valid, and they complement one another. But when the behavior is complex and subtle, it usually makes sense to start with the why questions. The answers to those questions delineate exactly what it is we are trying to explain, and they help us to formulate better how questions. In this book I have so far been concerned mainly with why questions about religious thought, emotion, and behavior in humans. As to why God is often perceived as unconditionally loving, yet also vengeful and judgmental, I have emphasized two distinct biological roots of religion: the neonatal and the social, respectively. Each of these encompasses many other why questions, but I have concentrated on the neonatal ones as the most promising way to understand the sensation of God’s presence.

Most of the scientists interviewed by Hagerty are asking how the brain produces spiritual experiences, sometimes without any clearly defined hypothesis to test. The methods of neuroscience have just barely reached a level of sophistication and resolution adequate to begin addressing such questions. At this point it may be more productive to test the answers to why questions, using mainly behavioral, psychometric, and twin studies. Even so, some of the answers to those questions imply fairly specific predictions about the answers to how questions, many of which fall within the province of neuroscience.

I explore those neuroscientific questions in the sequel to this book.

I had always planned to have two chapters about neuroscience in The Illusion of God’s Presence. One of these (ultimately chapter 14) would make the neurobiological case for mind-brain unity and against dualism and all that flows from it: an immortal soul, reincarnation, and any kind of afterlife. The other (ultimately chapter 12) would be about the neuroscience of religious experience, including what is known in the popular press as neurotheology.

Chapter 12 was the real bugaboo. I felt I had to say something about what had already been done on the neuroscience of religious experience, but much of this literature was, in the words of neurologist Alasdair Coles, “an embarrassment.” There was no agreement on what constitutes a religious experience, no finding that was consistent across studies, and the experiments often used too few subjects or inadequate controls. I felt, however, that there was a deeper problem with this research: it was premature. The practitioners of neurotheology were asking how questions before the relevant why questions had been answered.

What a difference the placement of one letter makes! The strategy of neuroethology is to start with the why questions. Only after we understand the purpose of the behavior — its role in the animal’s reproductive success, the problem it solves, the selective pressures behind it, and its likely evolutionary history — are we ready to start asking how questions about the neural mechanisms that generate it. Some of the why questions about human religious behavior had already been scientifically addressed, but mainly at the level of its role in our social behavior. This is an important aspect of religion — what I call its “social root” — but it does not account for the intuitions behind the God of unconditional love, the intense longing for that being, prayers of desperate supplication, or the sense of a benevolent and divine presence. The attachment theory of religion, pioneered by psychologist Lee Kirkpatrick, was the only empirically-based research that had addressed these aspects of religion at the level of why questions, and neurotheologists had evidently overlooked it. Moreover, attachment theory alone might not suffice. As I explain in chapter 6, there are some holes in attachment theory that are nicely filled by the innate model of the mother I propose in chapter 4. That idea takes the source of the illusion of God’s presence all the way back to earliest infancy, and it predicts that the neural basis of an infant’s interaction with its mother should be essentially the same as that behind the feeling of a divine presence.

The overarching hypothesis is that some of our most powerful spiritual feelings and experiences arise from the neural circuitry of neonatal emotion and expectation. The desperate helplessness that precipitates the comforting sensation of God’s presence, and the crying of a newborn for the comforting arms and breast of its mother, share a common neural mechanism. Similarly, the satisfaction and enfolding love experienced by an infant at its mother’s breast, and the feelings that typically constitute spiritual experience — unconditional love and ecstatic union with a divine presence — also have a common neural substrate. The correspondence of these infantile and adult mental states should be evident in similarities of localization in the brain, of neuronal activity, and of sensitivity to drugs. If that correspondence cannot be found, then the hypothesis is wrong.

This is probably the single most important reason for doing the “neuro” part of neuroethology. It casts our understanding of the behavior into highly specific mechanistic terms, raises new questions, and makes detailed and testable predictions. We have not yet reached that level in our understanding of human religious emotion and behavior, but I wanted chapter 12 of The Illusion of God’s Presence to be a step in that direction.

A great strength of this approach is that it suggests specific experiments not only in humans, but also in nonhuman animals. If religious experience is a uniquely human phenomenon, as is widely assumed, then we are limited to those experimental techniques that can be used with human subjects. If, however, the neurology of the sensation of God’s presence is intimately related to the neurology of infantile crying and mother-infant bonding — behaviors that occur in nearly all mammals — then many new experimental possibilities appear, and a large body of existing research becomes relevant to the problem.

As I began writing chapter 12 in late 2011, I quickly became engulfed by that large body of literature and almost drowned in it. The manuscript grew far beyond the proportions of a single chapter, as I resisted the urge to over-simplify and kept finding interesting studies to describe. Within a year I discovered that I had another book on my hands. I knew it could be a nice sequel, but only after I had finished the main attraction. I put the neurobiological sequel onto a back burner, whittled a copy of it down to a few interesting points, and inserted that as chapter 12 of The Illusion of God’s Presence.

Fast-forward about ten years: The sequel is now finished and has a title: The Phantom God: What Neuroscience Reveals about the Compulsion to Believe.  You need not read The Illusion of God’s Presence to understand it, because the first two chapters summarize all of the essential ideas from the first book that constitute the foundation of the second one. Most readers will find The Phantom God significantly more challenging than its predecessor, mainly because the brain is a complex thing, and there is no way to avoid that complexity and still do the subject justice. Even so, I have tried really hard to explain the difficult concepts in a way that is clear, direct, and engaging. Neuroscience is thrilling, and I hope I have conveyed that thrill to my readers. You can browse a sample of the book here.