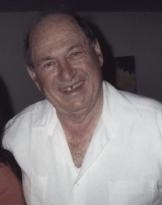 This is a guest post written by Danny Kleinman, a friend whom I met through our mutual interest in the problems with America’s electoral system. Here he applies his sharp mind and mathematical prowess to a smaller but vexing problem in the world of professional basketball: the perverse incentive to lose games, inadvertently created by the NBA’s system of drafting new players. I’ve written a synopsis of his essay for the Huffington Post.

In recent years, despite the introduction of chance (via a “lottery”) into the positioning of National Basketball Association teams for choosing players in an annual draft, teams have “tanked” in an effort to obtain first, second and third choices. This is not to suggest that players on those teams have deliberately missed layups, thrown “bricks” from the free-throw line, or fumbled passes. However, it is to note that coaches and general managers have sought to lose games by benching stars and other starters in favor of scrubs — all merely in a race to the bottom of the team standings to improve chances in the lottery. Sometimes it’s hard or impossible to detect tanking.
A case in point occurred during the 2016-2017 season of the Los Angeles Lakers. The team started out well, winning half of its first 20 games and arousing genuine hope of making the playoffs. Nobody would have thought to “tank” during those 20 games, nor in the games that followed shortly after. As the Lakers’ season drew to a close, however, there was considerable talk of tanking — even heavy rooting among fans and sports-talk-show hosts for the Lakers to lose. To the credit of the players and perhaps the coach and general manager, however, the team won its last five games, thus losing the race to the bottom and reducing its chances at the first pick.
How can tanking be eliminated or minimized, without changing the goal of giving the weaker teams greater chances at high draft choices?
Here is one solution. Instead of positioning teams in the lottery by the number of losses during the season, position them by Silver Points, which I have named in honor of the finest executive I have ever known, Esther Silver, the chairlady of the Jewish Young Folksingers in the Bronx, with whom I worked on the executive committee of that chorus from 1950 to 1953.
Silver Points (S) are defined as points earned by losses during the regular season, and are used to determined their chances in the draft lottery for teams that fail to qualify for the playoffs. The more Silver Points, the better the team’s chances for top picks in the draft of new players for the following season.
At the start of each season, even the weaker teams start out with high hopes for making the playoffs, and rightly so. Having followed the Los Angeles Lakers for many decades, I can understand why. Will the rookie who has joined the team this season (Elgin Baylor, Magic Johnson, Kobe Bryant, Brandon Ingram), or the established star acquired by free agency or trade (Wilt Chamberlain, Kareem Abdul-Jabbar, Shaquille O’Neal, Dwight Howard) have a dramatic impact?
At some point during each season, generally closer to the end than to the beginning, each team learns whether it is virtually (A) assured of making the playoffs, (B) battling for the last playoff spots, or (C) certain of missing the playoffs. I’ll call that point the Turning Point (T). After Game T, (A) and (B) teams continue to have incentives to win (qualifying, and jockeying, for positions in the playoffs), but (C) teams acquire an incentive to lose under the current system, a very simple system that in effect assigns one Silver Point for every loss (sets S = 1). The more losses, the higher the chances for winning the top picks in the lottery for the upcoming draft.
But it doesn’t have to be that way. Let S vary as the season progresses, decreasing from one game to the next as a function of the game number (G). Let M be the maximum number of Silver Points available, which is the number of Silver Points when G = 1. Arbitrarily, let S(G) = M – G.
At first, I thought to set M = 82, the number of games in the schedule. That would result in diminishing incentives to lose each game as the season progresses and playoff hopes fade. But why should there ever be any incentives to lose? There are no incentives to lose prior to Game T, and after Game T, for the sake of sporting competitive spirit and the benefit of fans, who pay to watch and root for their favorite teams, it is desirable to provide incentives to win after Game T, even for the (C) teams that have abandoned hope making the playoffs. This can be achieved by allowing Silver Points to dwindle to zero and then go negative after the Turning Point. So the formula for S becomes S(G) = T – G.
All we need now is an estimate for T. As a former chessplayer who still appreciates the beauty of the game, I’ll guess T = 64, the number of squares on the chessboard. So S(G) = 64 – G. In other words, upon reaching Game 64, (C) teams have no incentive to lose, and in jockeying afterwards for positions in the lottery, all have an increasing incentive to win (as losses now diminish lottery chances).
The probabilities of finishing high in the lottery can thus be determined using the current formula, but assigned according to Silver Points instead of number of losses. Better still, however, the probabilities can be assigned in direct proportion to the Silver Points themselves. Note that this dampens the effect of any tanking that may occur even before the Turning Point as the weakest (C) teams approach it, and thus of any inaccuracy in my guess of a value for T.